We asked Wil about why concept art is important, and what he enjoys most about working as an Illustrator at Full Fat.

“A picture is worth a thousand words, which is probably why concept art is so important in a game like Agent Dash, or any game, come to think of it! A sketch is quick to create (well, sometimes) and everyone can see, instantly, whether it works or not, so at this stage a lovely finished picture isn’t as important as simply getting an idea across.”

“When the decision was made to create two younger agents we initially looked at movies like Spy Kids and designs like those in Big Hero 6. We wanted Dash Jr. and Riley to be both likeable and cool, and while an older Dash suits the look of a classic Bond tuxedo it didn’t really fit with the younger characters, so we went with the special ops spy suits. What else would Riley have worn? A ball gown?” 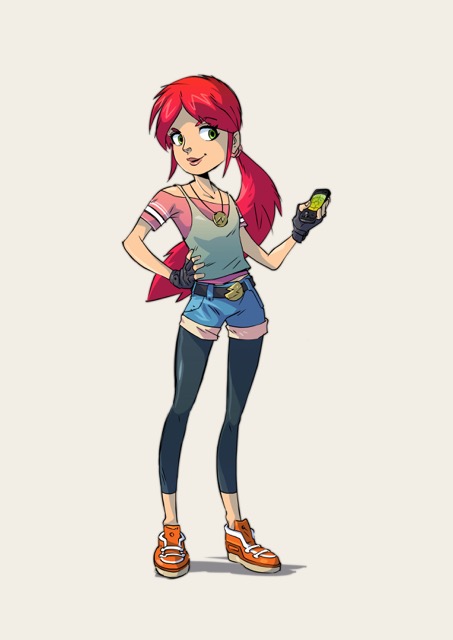 “Being able to create characters and other cool stuff for games like Agent Dash has got to be about the best job ever and I’m really enjoying being here at Full Fat. Everybody’s enthusiastic (even when I do a rubbish drawing) and pitches in to create the best games that they can. There’s nothing like it to make you eager to get in each day. Plus, there’s the chocolate drawer in the office fridge!”

Look out for more behind-the-scenes blogs from Full Fat soon!

Download Agent Dash from the App Store or Google Play.