We asked Wil about why concept art is important, and what he enjoys most about working as an Illustrator at Full Fat. END_OF_DOCUMENT_TOKEN_TO_BE_REPLACED

Check out a YouTube video from TheGameHuntah, looking at the big improvements to Agent Dash.

This time in Unity: The remaking of spy-tastic endless runner Agent Dash 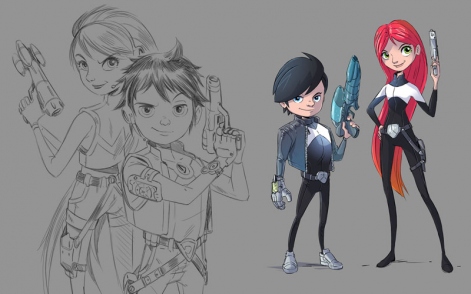 Head over to PocketGamer.biz to read about how and why we switched Agent Dash from our in-house game engine to Unity for its latest update.

This awesome article about the making of the game includes interviews with our Creative Director, Ashley Routledge, and Senior Game Designer, Venita Pereira.