The big new update for Agent Dash is out now.

One of its biggest features is the addition of two brand new characters. Today we’re introducing Dash Junior. He runs first and asks questions later! If there’s an explosive situation, it’s probably his fault. 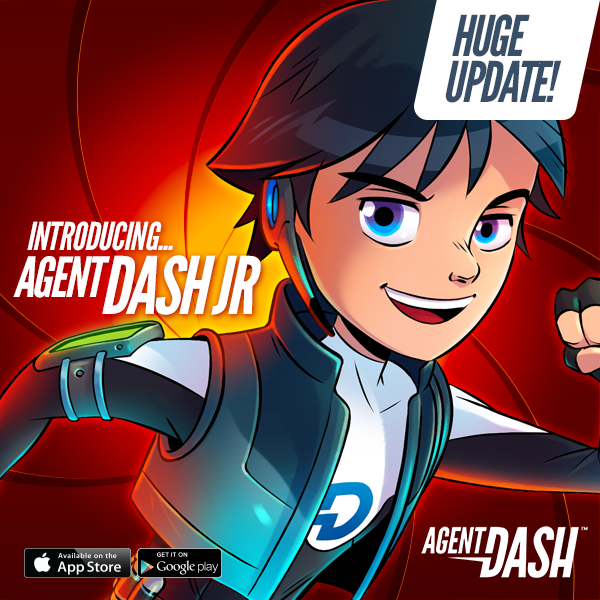 New update out now on iOS, and coming soon to Android.