The big new update for Agent Dash is out on Thursday April 23. That’s this week!

One of its biggest features is the addition of two brand new characters. Today we’re introducing Agent Riley, a straight-A student at the Academy of Heroes. She saves the world and never misses a class. 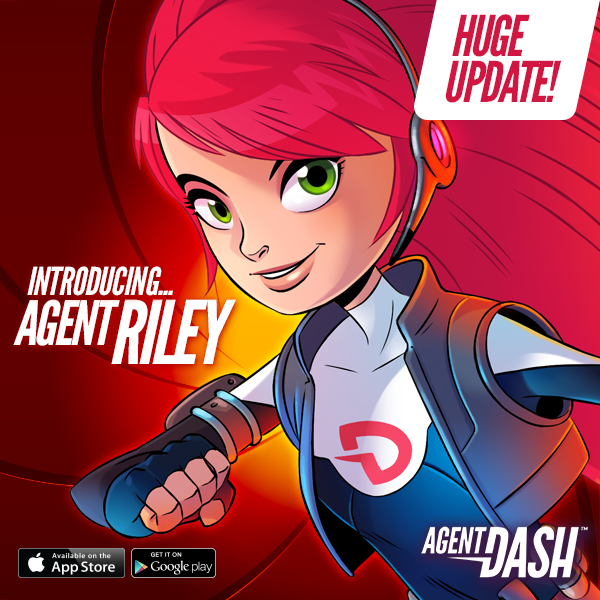 Come back to the blog tomorrow for a look at the other new playable character, and make sure you download the game today, so that you’re ready for the new update when it arrives this Thursday!

You read that right. A new update for Agent Dash is coming this week! Dig out your tux because it’s time for more super spy shenanigans!

The entire game has also been rebuilt with new game engine technology. That’s a fancy way of saying that we’ve completely rebuilt Agent Dash from the ground-up, making it easier than ever for us to make awesome new content for you to enjoy. So expect lots more updates to come throughout the year.

Download Agent Dash on the App Store or Google Play and get ready for the new update to arrive this Thursday!

Something big is coming to Agent Dash

Coming soon to the App Store and Google Play, a big update with some little guys.